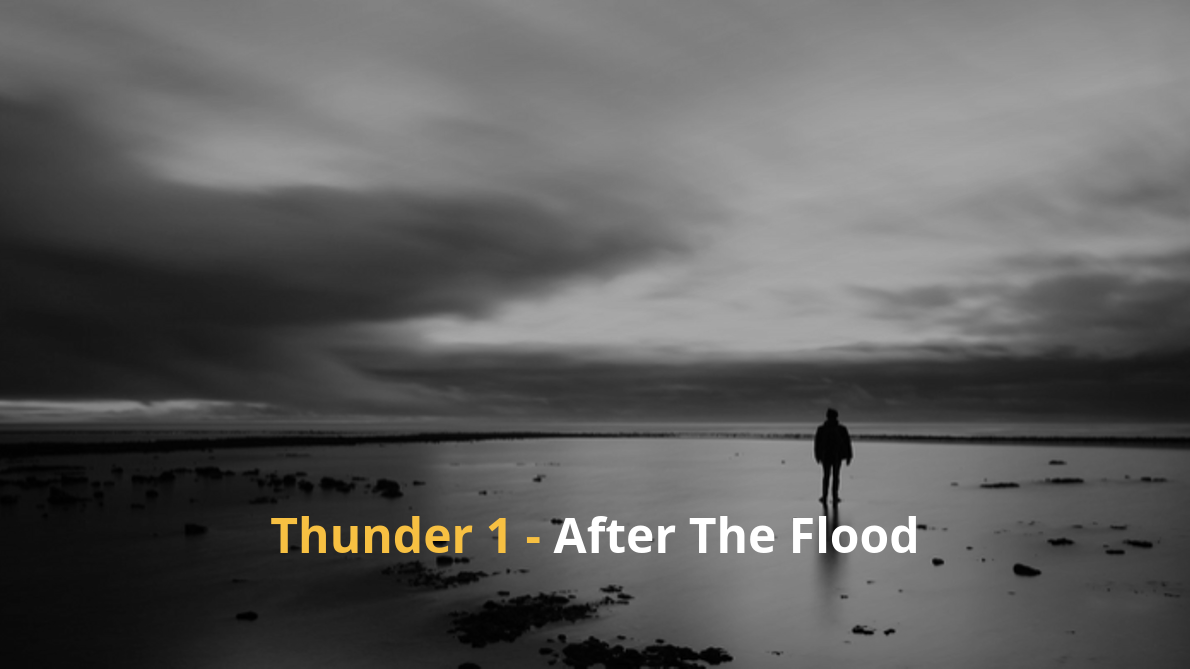 Thunder 1 - After the Flood

The world’s myths and legends frequently mention a great flood, an event that washes everything away to allow for a new, fresh start without being held back and restricted by the old systems and ways of doing things that no longer work. After the fear and destruction, there is a sense of hope, of possibility and great scope for creativity. What is left after the flood is strong, enduring and timeless.

Here are 5 take aways from Thunder 1:

As we saw earlier Thunder One was that “advertising is most effective when it doesn’t try to persuade”. We saw with the classic Apple ads 1984 and The Crazy Ones that there was absolutely no persuading as to the benefits of the new product, or barely a mention as to the category. There was no time taken to explain what the product was or how it worked. And this was needed because the MacIntosh was so new.

What we were invited to do was make a choice and it was, did we want to be a ‘Crazy One’ or presumably a ‘sensible One’, and did we want to be one of those folk sitting in serried rows in grey prison clothes or the athlete in the red shorts. This marketing strategy created a compelling world and world view. It is left up to you to make a choice.

“It is establishing the "who" and the "why" that matter first”

2. Practice the art of gift giving

The first task for any marketer is to add some value. More practically this is the art of gift giving. There are many types of gift giving: Hubspot gives free downloads; in a hotel, valuable information or insight that helps you in some way, the gift of entertainment.

But the more subtle kinds of gift giving is where a brand gives ‘identity’ value – the ‘crazy ones’. Or it gives meaning, Flora’s "Two boys and the gift to the housewife". Or it gives pride, perhaps in National Identity, Harina Pan for Venezuelans.

“Gift givers know we are hard wired to give back but that must not be the motivation”.

From transaction to relationship to meaning

3. Stay consistent with your brand identity… and then innovate

The basic task for building an iconic brand strategy is the shift from focusing on USP to building on refreshing a person's memory structures. At a basic level, this is the distinctive brand assets such as colours, packaging, shapes, sounds, logos, and even the product as an artefact – e.g. the Coke bottle.

But at a deeper level, consistency means building on cultural memory to position your brand, especially to those shared stories, symbols, rituals. Consistency is central to growing iconic brands. Here we celebrate consistency over 140 years, Unilever's first Brand Sunlight...

4. Use a foundational story to shape your narrative

The foundational stories or myths are far more than just a stimulus for the imagination. They have to be reflected in a concrete way.

In Roman History, we saw how the story of the Rape of Lucretia and associated stories were core to the shift from the Monarchy to the Republic. And the Republic was built on containing the “abuse of power” by those in charge.

Concrete institutional checks and balances were built into the Roman Republican system at all levels. For iconic brands meaning structures are a reflection of story structures.

To most of the world, it seems as if the traditions, the pageantry surrounding the British Monarchy have been there forever. Trooping the Colour, Opening the Houses of Parliament, Weddings, Funerals, seem so established, it is hard to imagine that they once were 'not there"! As Eric Hobsbawn points out in "The Invention of Tradition" these great rituals were created in the late 19th and early 20th centuries.

So when building a brand strategy, starting to think in this way, the opportunity is to see the early task as being to start building the foundations of a great (brand) tradition. As we have seen, this means foundations on which to build structures to be around in 60 years, Harina Pan, or 140 years in the case of Sunlight.

To get these foundations right is clearly work of considerable importance. As we proceed through the Thunders, we will explore this more.