6 Techniques From Oral Culture To Help Build Your Brand 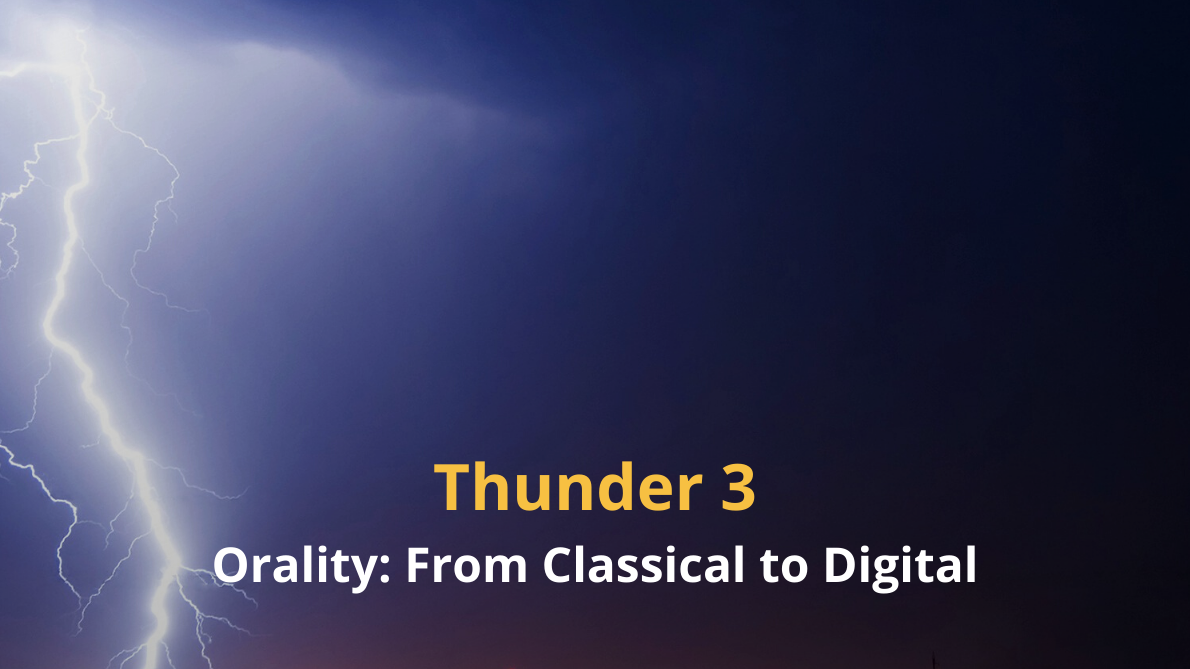 To suggest that Classical Studies might have something to offer modern marketing strategies might at first seem far-fetched. Yet the idea that fifth-century Athens has something wonderful to offer has long had a hold on the Western imagination. After all, didn’t the Greeks give us democracy, epics, philosophy, drama and the early forays into science and medicine? One of the most significant elements of the Classical Scholarship of the last century was that it uncovered that the great epics must be understood as oral texts. From there came a wider exploration of the importance of “orality” generally and how it shapes consciousness. In Modernity the dominant media is no longer print-based, but rather the likes of TV, film, digital and social media. These are primarily examples of oral or visual media. Even though digital and social do use the written word, they follow the rules of oral culture much more readily than those of print culture.

In Western culture the primacy of the ‘written’ is so hard wired, especially if we are educated, we have lost touch with how our consciousness and modes of thought are shaped. Oral consciousness is different from written. There is less focus on the rational argument and on logic.

The importance of this transition back to an oral or a secondary oral (built on a written culture) will become evident in many ways. The two earlier Thunders stressed the importance of Memory (Sharp) and Emotion (Kahneman et al). These are two matters, that are explicitly addressed in very powerful ways by the oral Scholarship. After all, if you don’t have recourse to writing, memory becomes central. And to help memory we tell stories and they in turn shape our emotions. These classical texts were the culture’s primary shaper of collective emotions. These findings are so significant!

Though it comes from a completely different field of study, this Third Thunder is to propose that we…

"Think of today’s culture as predominantly an oral culture"

What the study of orality uncovers are the methods, structures and techniques that were employed before we had recourse to writing. When pointed out they often seem obvious. But this thinking is far from top of mind as we create advertising.

Today we experience an oral culture that has its roots in written. It is a secondary oral culture. So, we do need to think through how the traditional rules of orality apply today? In the Fifth Thunder, we will also see evidence of the extensive use of techniques of orality in US politics to acquire political popularity.

As with any emergent technology or thought form, there is a great advantage to those who master it early. This Thunder also promises that the rules of oral storytelling are typically internalized by teller and audience. This means they can act as a self-imposed discipline as consumers interact with brands and tell their own stories around the brand.

The table below highlights some of the critical differences between Oral Thought and Written Thought. Many of the distinctions are obvious when they are pointed out. The issue is that “written” consciousness is so hard-wired in modernity that it is easy to forget how pervasive that it is in how we operate.

What the table highlights are some radical yet basic priorities that might be applied to our communications, especially over time. We saw with Thunder One how Paul Feldwick identified how the marketing industry views its own past. It is almost contemptuous of familiarity and tradition.

Internalizing the priorities of orality is both a very different starting point as well as a finishing place. Listeners in this modern oral culture value repetition and tradition. They don’t have such a regard for innovation or complexity unless it is within the structure of the familiar story.

We are also in an era that champions the Experience, the Interactive and the Immersive. There are few experiences more powerful than oral storytelling when done well!

Clearly there is much to be learned here of value to marketing today.

The Techniques of Oral Culture

So, what are the essential elements of oral culture? As these are outlined it will become increasingly clear just how subtly radical they are and how relevant to modern brand strategies.

An oral telling of a story is first and foremost a performance. There is a teller and an audience. It is live. The teller gets immediate feedback as to how their telling is resonating with the audience. Because the audience invariably knows the stories and myths they can just immerse.

This means that myth telling is an extremely powerful means of getting immediate feedback as to the longings and desires of the audience. This makes it a very powerful research tool. It is not about asking questions. It is about evoking longings and understanding the response. The Bardic Tellers had a huge sense of the “mood” of the public and the collective.

The study of orality identified the presence of formulaic structures that underlay oral composition. This is relevant both to the act of composition and also to the act of listening to and decoding the story.

It assists the teller to remember the events of the story. Memory is absolutely central because there is no recourse to writing, and it enables the listener to absorb the meaning of the story without having to engage cognitively. They can easily immerse and will get emotional pleasure from the telling, no matter how familiar the plotline might be.

In Thunder 1, we saw that Byron Sharp recommended to refresh and build on memory structures with relevant associations, and this study of oral culture reveals that this is achieved through the use of familiar references or formulaic.

Does it matter that we know the story? Absolutely not. In fact, it makes us love it all the more. We saw in Titanic that the plots Cameron used were extremely well-trodden paths. We know the plots and we’re still not bored. Parents will be familiar with the experience of reading to young children, where they delight in hearing the same story over and over again.

The oral storytellers, these professional bards, habladors, seanachai, fili, had a specific function that was beyond mere entertainment. They recognized that their stories were packed with wisdom. They would have a repertoire from which they picked, choosing what they felt would move their audience today. They would be in touch with the mood of the people, the events that caused this mood. Their story would help people to indirectly engage with their feelings. Oral tellings are a very powerful way of getting immediate feedback as to the mood of a culture.

Oral performance is a ritualized event, an act of co-creation in which the listeners are as much a part of the event as the storyteller. This is relevant because storytelling in an oral context can no longer be a person telling a story to a passive, unengaged audience, but must take the audience and its reactions and feelings into account.

6.    Connection of story to ritual

One thing we can identify from the study of orality is the connection of myth to ritual. Identification evolved in the field of anthropology and was particularly progressed by Jane Ellen Harrison and the Cambridge Ritualists.

The ‘Ritualist’ saw an intimate connection between myth and ritual. Myth can be seen as the words that were left when the underlying ritual was forgotten. This idea is very useful, especially in our digital age, which has been described as a tribal age. When we associate something with ritual it becomes elevated. Events and experiences become more central, and community matters more than the individual. An event will be far more powerful and rooted when it is understood as an enactment of a brand story/myth? This is an important area we will pick up again as we progress.

Myths are the words left when the underlying rituals are forgotten!