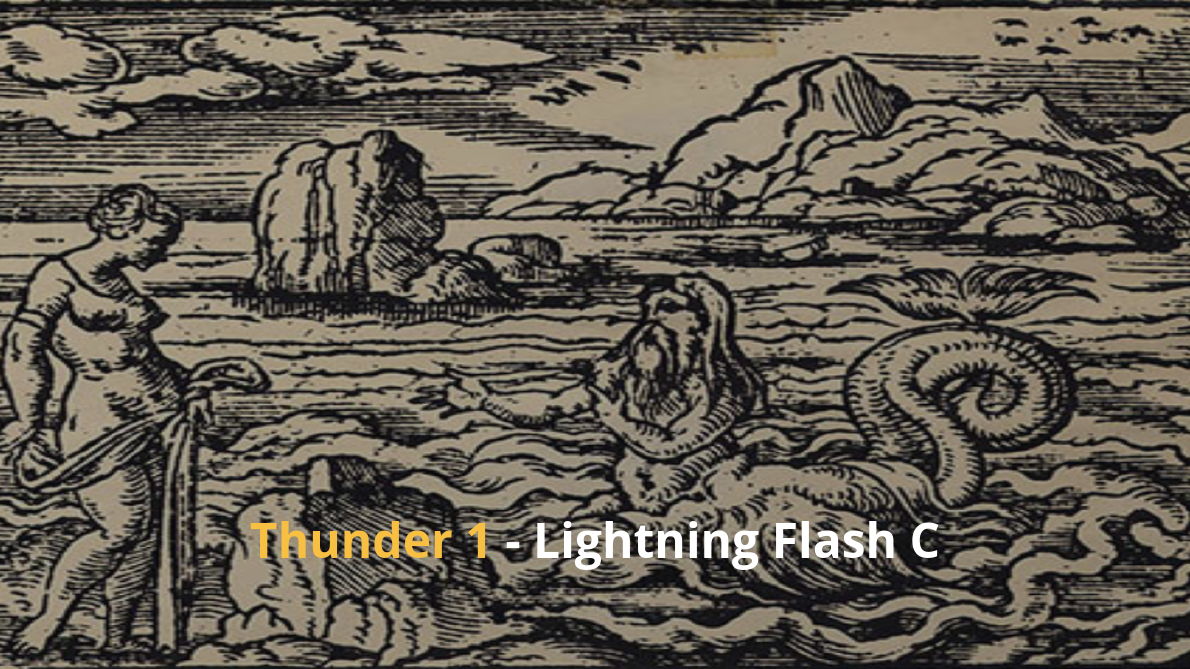 Going back to the past is not a typical strategy for brand agencies or the marketing profession. Indeed, in his book, ‘The Anatomy of Humbug’, UK brand guru, Paul Feldwick, identifies some of the ways the industry thinks about the past:

Both of these have an orientation to time in which what is really important is ‘what’s happening now’. The consequence is a tendency to ignore and dismiss the past.

This effect and consequence of these lived narratives is confirmed by the work of our Brand Agency. Decades of looking at Brand Advertising History in the context of Brand Identity work reveals and that there is one god worshipped above all others in global branding. This is the Greek Sea God, Proteus. This is a God of permanent change. Proteus reflects the constant changing of the sea minute by minute (see image above). From him we get the adjective ‘protean’ meaning versatile, adaptable, ever changing.

Byron Sharp in "How Brands Grow" suggests that marketers often have no idea why their own campaigns worked and others did not. He outlines seven laws to make the task of growth less haphazard and random. Three of Sharp's Laws are very relevant to the "Rebirth of Brand" journey:

In essence, Sharp suggests that the habitual protean, the past is to be ignored is not an effective marketing strategy for growth. The big question is what are we to be consistent about. The assets he focuses on are colours, logos, tag lines, symbols/characters, celebrities, advertising style. We will shortly celebrate examples of extraordinary consistency over time. They are very rare! What we will be looking at in time is the importance of staying consistent to mythic and archetypal memory structures over time. This will be building in a totally complimentary way on Sharps' work but deepening the "memory" and "Mythic" component.

Let's look at one example that has remained consistent for over 140 years...

In 1889, William and Elizabeth Lever made their annual pilgrimage down to London to the Royal Academy’s Summer Exhibition. William Lever was in the process of establishing what was to become Unilever, the giant of fast-moving consumer goods all over the world.

At the exhibition he saw a picture by one William Powell Firth, “The New Frock” which he bought for the bargain price of 150 guineas. His comment was “I liked Mr. Firth’s picture because it is of a little girl, and the mothers always like to look at a nice little girl”.

Much to the artist’s horror, his picture was to be used to sell Sunlight Soap – a brand still in existence some 130 years later.

High art had become a commodity spectacle. A century later, Andy Warhol was to return the compliment with his Campbell’s soup cans.

Lord Lever was using sophisticated mass marketing to bring a very distinctive image to the nation. His response to Firth was that ‘his picture will be admired by and give pleasure to millions who would otherwise never have seen it’. It would have elicited an emotional response for reasons Lord Lever well understood, created relevant associations for the imagination of the nation’s housewives.

This was an upper middle class girl presented in an upper middle class medium – the art of high culture. William Lever understood long before McLuhan stated that 'the medium was the message'! He also knew this was not a hard sell, but rather painting a picture of a world and context the poorer housewife of Britain longed for. He achieved it by appropriating cultural memory structures – brilliant!

This took the humble painstaking task of washing clothes and elevated it. It moved from a daily act of drudgery to something aspirational.

It touched an unspoken longing felt for by every mother, for herself and her daughter.

This was salient. This was getting noticed. This was a very relevant association using a highly aspirational cultural reference.

Here is a spot from India in 2017 for Sunlight, still in the same category, still working with the same aspirational values 140 years later. Here’s to you Sunlight for surviving two world wars, two big depressions.

The Sunlight brand's extraordinary longevity is remarkable. It indicates, surely, a commitment to consistency of Branding over time. And not only does it brilliantly illustrate Byron Sharp’s ‘How Brands Grow’, it also surely helps explain why Unilever’s share price went up by 6% at a time when Kraft Heinz early in 2019 announced a $12 billion loss and a $15.4 billion write down.

In recent years, Kraft Heinz has engaged in swinging short term cost cutting, spending little money on brand building or innovation. And earlier this month operating income plummeted by more than 50% and organic sales fell 1.5% year on year! Meanwhile Polman, Unilever’s former CEO, had committed to the long term and a strategy he called ‘Unilever’s Sustainable Living Plan’. But the respect for brand as indicated in the Sunlight story is a reflection of a particular corporate culture. The new CEO Alan Joyce has much to build on!