How Decision Science Turns Branding Back to Front 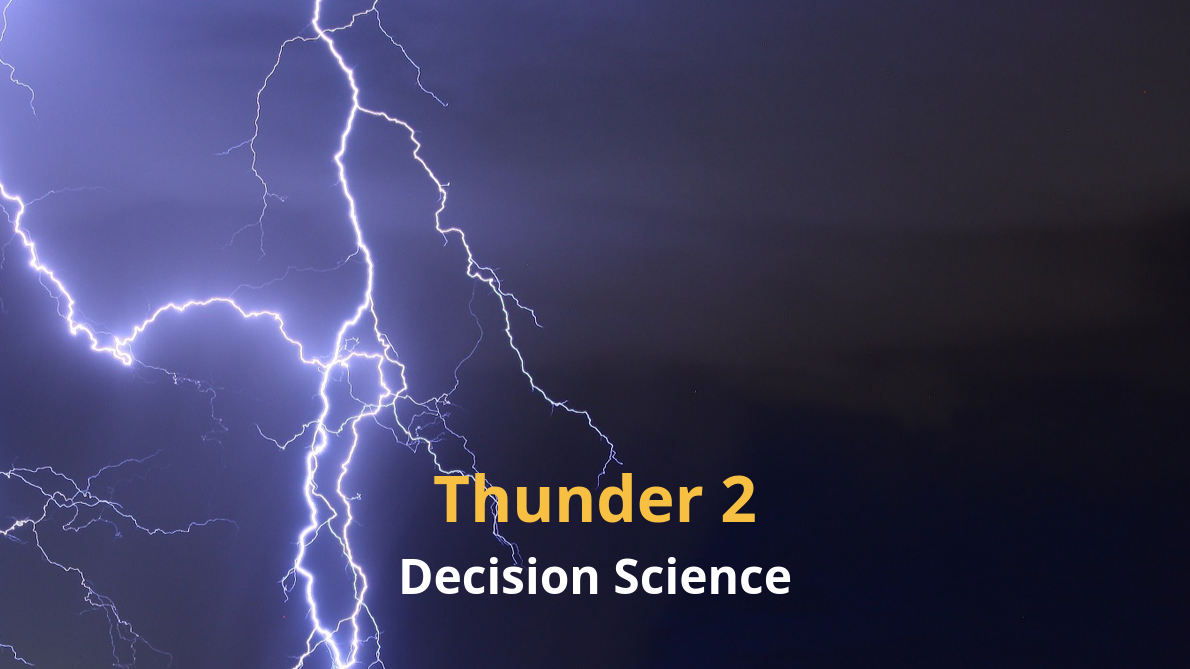 With this thunder we enter the domain of decision science and the impact it has in developing your brand strategy. We will look at Daniel Kahneman’s important insights into how people make decisions from his book Thinking Fast and Slow, and we will also explore the area of goal research. Kahneman’s findings are the result of a combination of psychological studies and an electronic measurement of what is happening in the brain as people make decisions.

Most significant, and widely accepted of his findings is the recognition of the two decision making systems in the brain.

System one is the implicit that works like an autopilot. It is fast, automatic and effortless. It works in an associative way with the brain’s interconnected neural networks and through indirect and powerful framing effects.

System two is more akin to a pilot. It works in a cognitive, slow, effortful rule-governed way. It is what we know as cognitive thought. System two follows but being trained in the rational, we tend to act as if it were the other way round!

The thunder from Decision Science can be summarised in the following statement...

"People feel before they think, and you can’t change feelings with facts"

The implications and consequences of this are massive. It changes everything – not least how we might assess marketing communications and advertising, both current and historical.

Kahneman makes a compelling case that outlines how people make everyday decisions. They rarely employ cognitive, rational thought as a means of arriving at a decision, particularly as they are walking down a supermarket aisle or entering a polling booth.

Emotional connections and associations are much more powerful than facts. In 2013, Les Binet and Peter Field performed a study of the most successful advertising campaigns in the UK for over 30 years. Their conclusion was that ‘the most effective advertisements of all are those with little or no rational content’. As well as being a primary source of human motivation, our earlier thunderer, Byron Sharp reminds us that emotion exerts a significant influence on “attention, memory and behaviour”.

The importance of Kahneman’s insights has been widely accepted in the marketing community. It is now widely recognised that emotions matter, but the acceptance of this appears to be largely cognitive. Sticking young children or loveable pets in the spot is a token gesture.

‍
The next step is to work through the deeper consequences of this deceptively simple insight. How do these insights become common practice?

Kahneman’s findings have received considerable traction in the marketing arena in recent decades. They have added to a movement that recognises the central importance of emotion.

However, the intellectual movements that form the bedrock of our culture will not be easily left behind. The Enlightenment period of the 18th and 19th emphasised reason and the individual above culture and tradition. The Scientific Revolution and a belief in its potential brought with it a belief in progress and the scientific method. Some of the thought leaders of these times were Rene Descartes, John Locke and Isaac Newton.

So while Kahneman and others highlight the importance of emotion and system one decision making, there is still a dominant need for reassurance, facts and predictions especially when it comes to making decisions on advertising spend. Research ad testing methods and behavioural science evolved to feed this desire for reassurance. Behavioural psychology developed the 50’s and 60’s, promised reliable predictions.

These are two very different marketing paradigms. When implementing a new insight you are stuck between two paradigms, one familiar and reassuring and the other emergent and promising, but uncertain. There is a real danger of getting the worst of both worlds. You can’t half do emotion-based advertising.

What people say and do can often be quite different

There is a Sufi story about a man who comes across his friend crawling on all fours under a street lamp, clearly looking for something he had lost...

The point here is that what we seek is not always to be found in the lit area.

There are three domains in modern psychology: affective, behavioural and cognitive. These are referred to as the “ABC” of psychology. The implications of Kahneman’s work is that in order to understand consumer decision making, we should start in the domain of the affective, the concept used to describe the experience of feeling or emotion.

In practice, branding and consumer research tend to be run in a cognitive (C) way, with a focus on measurable behaviour (B), yet it hopes to elicit results that will help to explain the affective response (A). While the emotional affective response gives a direct rise to a behavioural response, it is counter-intuitive to expect to understand what emotions were at play by studying the behaviour. The promise of measurable results allows CBA to become the ABC of brand building.

The emotional is not revealed by cognitive analysis or behavioural study. The best way to explore the emotional is to evoke those emotions through the use of narrative stimulus (film, oral story, image, music) that evokes emotion in the first place.