Marketing Mindsets - What we have learned so far 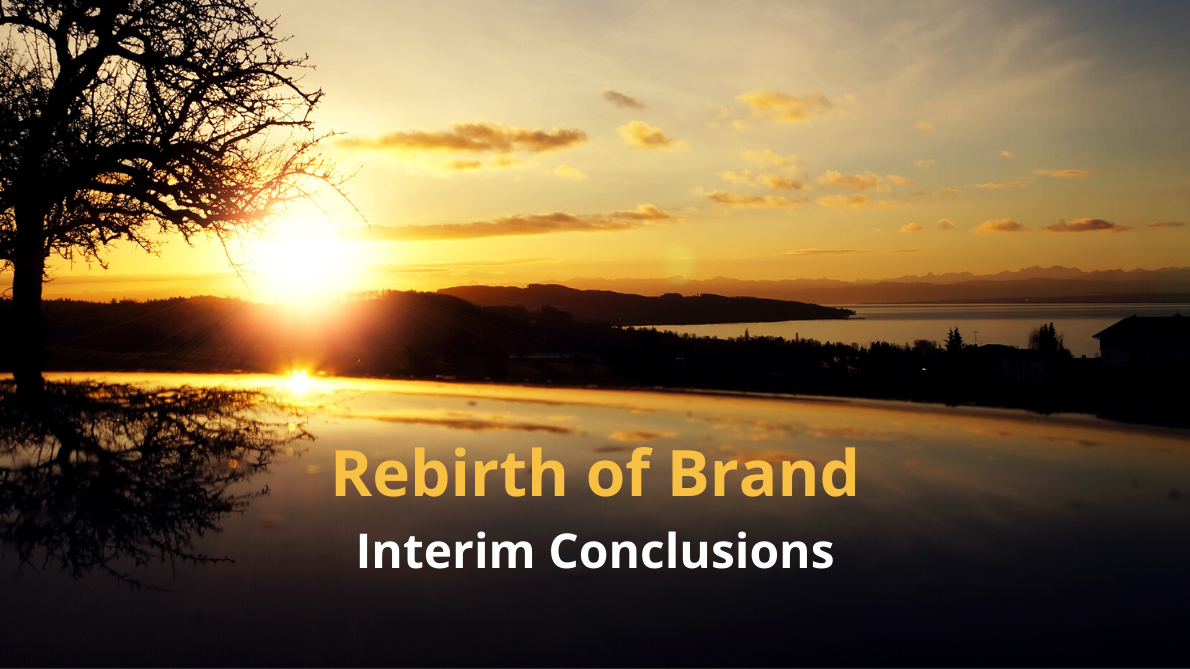 The world’s myths and legends have frequent mention of a great flood. An event that washes everything away to allow for a new, fresh start without being held back and restricted by the old systems and ways of doing things that no longer work. After the fear and destruction, there is a sense of hope, of possibility, and great scope for creativity. What is left after the flood is strong, enduring and timeless – what it is that is left after the washing away!

Our four Thunders have washed away many of the fallacies and mistaken beliefs in marketing and have revealed some striking implications and important conclusions. So what ground have we covered as we explored the Thunders relating to “Marketing Mindsets”:

What then emerges as key learnings and interim conclusions from the first four Thunders?

What stands out among iconic communications is that they are not directly trying to persuade you about anything. Some are so soft sell there is no sell.

That they are not ‘selling’ does not mean they are not having that effect. The classic 1984 Apple Ad did not show a product, barely mentioned that it was a computer. And yet it succeeded in giving the brand a reputation for being an innovator in its field, a reputation it has never lost, and a reputation that has been the main factor in its success over the years. They did not provide a rational argument. A world was portrayed where you were given a choice between conformity or freedom The messaging spent no time on ‘what’ the product was or ‘how’ it worked, they focused on establishing the who and why.

Advertising is about creating a compelling world or a strong worldview and then leaving it up to you to come to your conclusions. Iconic brands don’t sell, they enchant.

"It is the who and the why that matter first

2 - Focus on Longings, more than Needs

Iconic communications operate beyond our everyday needs. They awaken a longing for something.

Typically you didn’t know you had the longing until you saw the message, but when awakened it is like a siren call. The message has spoken to something deep within your subconscious. You have to go where the longing takes you.

There is no coercion, rather a hunger. These longings strongly motivate us to reach for the ‘goals’ social psychologists talk about.

"Longings – as a call to adventure

You can’t ask consumers about their longings. They don’t know. You can ask them about their needs. Most are very obvious. But longings are different.

"Know first, who you are, and then adorn yourself accordingly

4 - Thank God for Gods – The Power of Archetypes

If the task of an iconic brand is to elicit longings, the place to start is the archetypal figures of world mythology and folklore.

The archetypes are culture’s articulation of its deepest goals and longings.

"Archetypes - The best way of holding an Audience

5 - Meaning is in Culture, not the Category

Iconic brands refresh memory systems. They build relevant associations with what is already familiar, and laden with a shared meaning. The most enduring and memorable communications draw on hardwired cultural symbols, metaphors and stories.

The brand message is easy to remember because we are so familiar with the cultural ‘stuff’ with which they are associating. Great iconic work speaks to cultural anxieties and dreams more than to category anxieties.

"Culture as the source of relevant brand memory systems

It is a useful starting point to assume we are once again in an oral culture, or more accurately a secondary oral culture. This changes completely what we need our memory for. The irony is that we have far less need for memory because we can so easily search for what we need. But at the same time what digital has actually done is to make things that much more ephemeral.

We have to ask amid the vast amount of noise out there, what do we actually recall over time. It is here that much can be learned from the storytellers of primary oral cultures such as classicists (Lord/Parry, Havelock etc.), oralists (Ong) and memory experts, (Rubin and Yates). More to come shortly on a great practitioner of oral storytelling in Thunder Five.

In an oral culture, memory is central. Memory is helped by familiarity. Familiarity is created by repetition or by association with another familiar thing. The implication of this is that being conservative is more vital than innovation. Know the distinctive memorable assets of your brand, especially the archetypal and narrative structures, and be consistent.

In another era any time a brand had a successful ad the temptation was to freeze the details of the spot, e.g. the flowers must drop in the 22nd second of the Impulse commercial. The result was often a total inconsistency of story and archetype. What must stay constant is the archetype, or the ‘who’ of the brand. The archetype is the anchor, it does not change from campaign to campaign, from year to year or even decade to decade. The story changes but this can be done very slowly. Look to the Levis Jeans ads to see how one plot structure can last for a decade, repeated over and over again, giving freedom to the storytellers to execute it in fresh ways every time.

"Culture as the source of memory system

9 – Rebirth of Brand as an Odyssey

It is not easy stepping outside the existing paradigms, mindsets and established ways of doing things. It is less easy again doing it within large, established organisations. It is always much easier to just fit in. Nevertheless, throughout history, a few brave folk have responded to the “call to adventure”. They followed their passion and instincts. And sometimes, somehow, somewhen, the ‘magic’ happens and the result is iconic work that we remember to this day.

Stay tuned for the remaining Thunders!