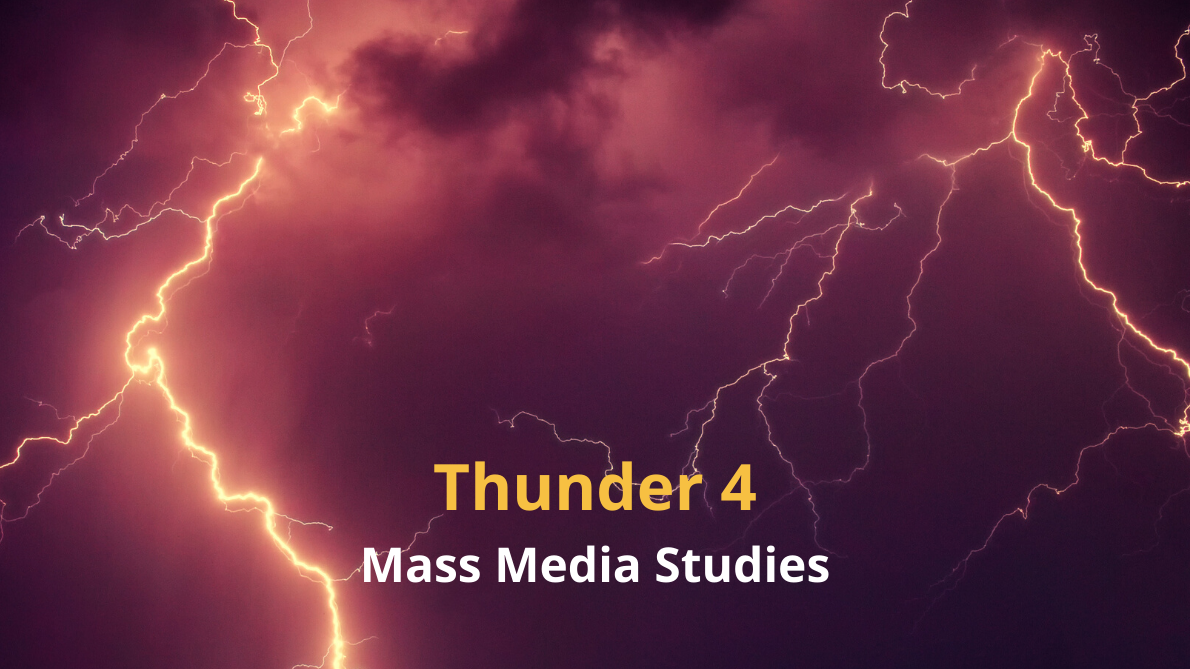 What is your mental model of how mass communication works, in the context of marketing?

If you have never consciously thought it through the default theory will more than likely be based on the mental model of the culture you live in, or of the corporate culture you work in. This fourth thunder will present two options that should help clarify your mental model for mass communication.

The first mental model comes from the mid-twentieth century when advertising was seen as a branch of sales. The field’s most popular theorist Rosser Reeves believed we experience such a deluge of messages that the best way to stand out was to pick a relevant USP and say it over and over.

Advertising in this model doesn’t have to be artistic or even interesting. These are only distractions from what is important. It can even be hated, and will still be effective.

Implicit in this model of mass communication is a belief in a preferred style of rhetoric where a sequence of facts are strung together in a logical sequence that reaches a conclusion in order to persuade the listener We call this model “blue rhetoric”.

This model is hardwired in Western World, especially for university graduates. It is a mental model rooted in a natural science approach and the behavioural science discipline. It gives managers the factual data on which they rely when making big marketing decisions.

The Fourth Thunder heralds the emergence of a very different mental model of mass communication. It began to emerge in the 1970s with the work of Kenneth Burke, philosopher and literary theorist.

Burke’s work was allied with anthropologist Clifford Geertz who saw culture as a ‘symbolic container’ of shared meaning systems from which our reality, is constructed, maintained and transformed. This gives rise to a very different paradigm of mass communication.

Starting from the basis that all meaning stems from a shared understanding of symbolism and story, the function of advertising will be to create a world that the viewers want to engage with.

Communication can be envisaged as an interactive process where the symbolic and mythic worlds of participants come together with the world of the storyteller in an interactive and dynamic way. We call this style “red rhetoric”. It is a style of persuasion that doesn’t try to persuade. The aim is to become a world maker, with distinct archetypes and mythic structures, and a consistent aesthetic and tone. It engages with viewers on an emotional level rather than a cognitive one.

This paradigm began to emerge in the 1970s, in the field of mass communication theory. However, we can see the roots of this paradigm further in the past. In the 1920s (Stanley Resor, who led the J Walter Thompson advertising agency), was heavily influenced by the work of Yale Sociologist, William Sumner. Sumner believed humans were mainly driven by irrational drives such as hunger, vanity, fear and sexuality, rather than reason.

These folkways, the learned behaviour shared by a social group, formed the basic drives for behaviour.

In the ’60s a golden era of advertising was led by Leo Burnett and Bill Bernbach of DDB. Bill Bernbach’s agency was associated with the iconic Volkswagen and Avis ads. Bernbach based his advertising on understanding human nature, something that he believed hadn’t changed for a million years’. He also felt research does more to “perpetuate creative mediocrity than any other factor!’

His ‘red’ paradigm would build on the constant in human nature, work in a distributed egalitarian manner, and encourage his creatives to trust their instincts and listen to the ideas that emerge from the unconscious when the mind is relaxed.

So what we have here is two mass communication paradigms: In the ‘Blue’ Paradigm advertising is about argument, reason and logic. Marketing is seen as a persuasive science, focused and measurable. The Red Paradigm sees advertising as communication whose aim is to enchant and engage through the use of story and symbol. The aim of advertising is to create a world for people to jump into. See the table for the differences.

We return to the question we started with, what is your mental model of how mass marketing works? Compelling case studies with hard numbers exist of each working very well. Rosser Reeves could point to his Anacin client. The hard sell USP approach created hated ads for a hated brand. But what does that matter when the sales jumped from $18 million to $54 million in 18 months?

DDB’s 501 Jeans campaign awoke a ‘longing’ for what the brand stood for, and by 1987 sales were reported as 20 times higher than three years previously. Or is it that clear cut? They subtly wove functional benefits into the storyline so there was a blue steak within the red rhetoric on each occasion.

With the Lätta launch commercials in Thunder 3, we saw a heavy-handed introduction of blue rhetoric, (pack shots, stated benefits) that completely broke the enchantment. The Swedish commercial was a stunning success. The German launch was poor. Red and blue can be woven together, but only where the immersive quality of the red is not compromised by the blue.

Or might there be another way to combine the two? What about using ‘red rhetoric’ in TV/Film/Video/Podcasts to drive the branding through the creation of longing then supporting this separately with rational reasons to buy using other media. But always, the red rhetoric must start the process. As we saw in Thunder 2, You can’t change feelings with facts.