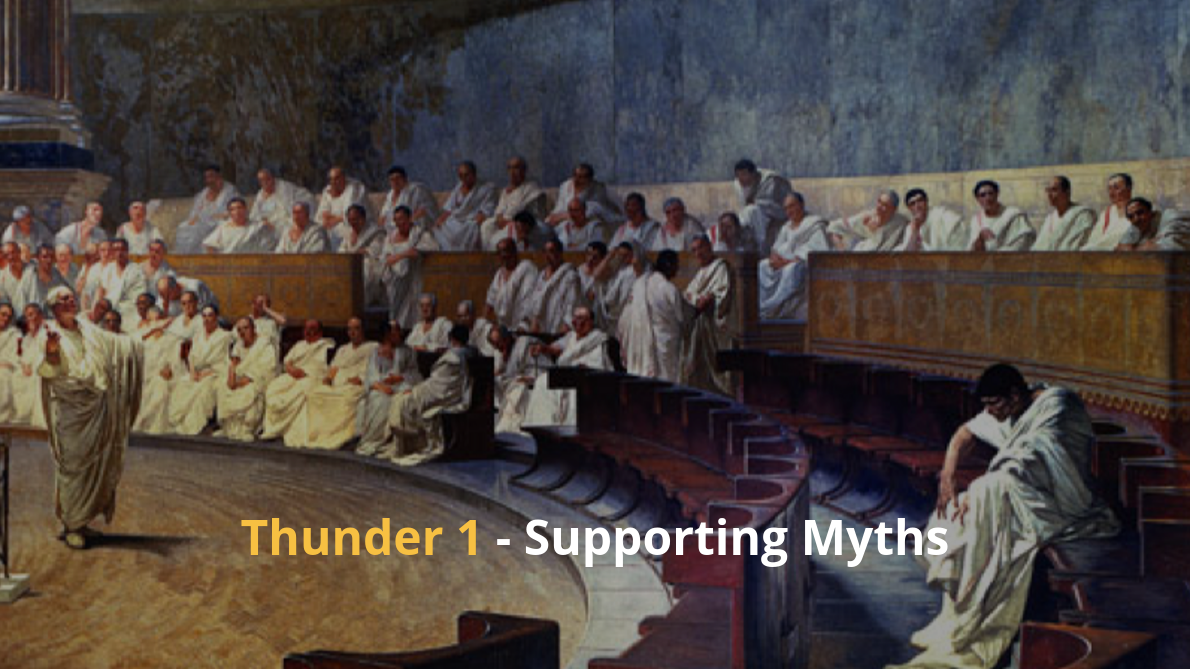 The formation of the Roman Republic is a great example of 'the best advertising doesn’t try to persuade'. In the case of a culture this works through story and myth. Each culture has its compendium of foundational myths. They tell how the culture came in to being, why it is the way it is, what really matters.

The great brand identity of Rome was based on a number of foundational myths. They were a cultural constant over many centuries. These myths embody and encode the worldview, the beliefs, the aspirations and longings of the culture, as well as its deepest fears. We will explore some of these myths.

The Romulus and Remus Myth

Romulus and Remus were twin sons of a displaced King and a vestal virgin. The twins were abandoned on the river Tiber to die but were saved by a river god, suckled by a she-wolf, and adopted and raised by a shepherd. When their father was reinstated as king they came to Rome to build their own city. During an argument over which hill to start the building, Remus was killed. The city was named Rome after its founder. He went on to found its institutions, its government and to establish its military traditions and its early religion.

The Rape of Lucretia - A gross abuse of power

The Roman Republic was founded on an appalling act and  a gross abuse of power that sparked a revolution. At the time Tarquinius Superbus was the King of Rome. He was a poor King and his policies were very unpopular. After a drinking party, his son Sextus Tarquinius gallops back to Rome, goes into the house of a noble woman Lucretia. She is spinning wool with her maid. He rapes her and then says if she tells anyone he will kill a slave and say he (the slave) did it. To preserve her honour Lucretia commits suicide.

A friend of Lucretia’s husband, Junius Brutus, organises a coup, to force Tarquinius to leave Rome. There is, however, a plot to restore the monarchy. Brutus is forced to kill his two sons who are part of the plot. This story of sticking by principles (killing your son for the revolt) no matter how hard, became another foundational story of what was to become the Roman Republic.

The Myths lead to Action - The Foundation of the Brand Republic

In the construction of the identity of the Roman Republic, the story of the Rape of Lucretia and Brutus’s principled stance became central stories/myths. The Lucretia story was about the “abuse of power” by a monarch and the Brutus story about fighting for principles above family, and an ultimate sacrifice.

From the stories came the action. Institutions designed to contain the powerful. It was a transition from kings to republic. The separation of powers between Executive, Legislative and Judiciary evolved during this time. In addition two foundational institutions of the Roman Republic: limited tenure of office (yearly elections) and sharing of power between consuls. The structures and institutions were about preventing the abuse of power by those in a leadership position. No one was above the institution. No one was above the custom and no one above the law!

This intimate connection between myth and institutions, between story and behaviour was central to the Roman Republic and its founding in 509 BC. The myths were known by all Romans. They were hard wired. No persuading was needed. This was a consistency of world built on myth that was to hold together for nearly 400 years.

Later in the “Rebirth of Brand” journey we will see how it was all to unravel. It is so hard to craft a big idea and a tradition where myth meets institution. The Roman Republic was one great Brand. Republican-ism was one great brand!

It still is, centuries later. Lose the myth and you lose the world!